As the Covid-19 crisis continues to strike the United States at tragic levels, it’s clear the demand for PPE is likely to remain indefinitely.

In a state like California, that’s known for its innovation and ingenuity, being able to produce necessities such as masks, hand sanitizers, and gowns isn’t the problem. The bigger challenge is to find buyers that need PPE, and convince them to purchase it domestically even though prices can be significantly higher than what’s produced internationally.

On Sept. 15, the C19 Coalition and several of its partners participated in a roundtable discussion hosted by the California Manufacturers & Technology Association (CMTA) to explore the challenges of making, selling and procuring PPE in California.

“It sounds really good to say, ‘Hey, we’re going to produce PPE in the US, we’re going to have American buyers and a sustainable supply chain that is resilient for the long term,” said C19 Coalition co-founder Joe Wilson, who spoke at the event. “But when you get into the weeds of, ‘Who’s behind this? What’s the price point? What’s the quality standards?’ a lot of questions come up.”

While doctors and hospitals have largely been able to get their hands on PPE, the focus of the CMTA has been finding ways to help the non-medical sector such as agriculture, restaurants and retail. The webinar attended by about 80 people featured insight from those in need of PPE, as well as manufacturers trying to find buyers of their products or long term commitments to incentivize more production.

For example, Emily Rooney is president of the Agricultural Council of California, which represents about 15,000 farmers across the state. Rooney is aware of the needs of frontline responders to have access to PPE, but she finds that her sector is on the next level of prioritization and it’s “been difficult to get their hands on PPE.”

“I am constantly hearing on a daily basis for the need for masks and gloves,” Rooney said. “While harvesting only lasts a couple of months, the packaging and processing side can last all year, and PPE there is much needed.”

Similarly, the California Association of Winegrape Growers says each region of California could use another 10,000 masks for the coastal wine sectors it represents.

“We have a shovel ready project that can make these masks that would get FDA approval, but what we don’t have is a long-term contract and supply need to make a significant 7-figure investment to bring N-95 manufacturing to reality,” Ranvir Gujral chairman of Adaptive Energy

Companies represented on the call such as Adaptive Energy, Licap Technologies and Lumenous each produce PPE products. C19 Coalition partner Gerber Technologies has worked with more than 1,600 companies making pivots of their manufacturing to PPE capabilities.

If these pivots don’t take into account questions such as “How to connect with the right suppliers of raw materials?” and “How to find the right buyers for PPE” then the efforts might be good-hearted, but the outcome unfulfilled.

For example, C19 Coalition partner Adaptive Energy currently sits on more than a half million units of PPE with not enough buyers. Additionally, it also has the facilities, equipment, materials and knowledge to manufacture the holy grail of PPE masks, the N95, right now. 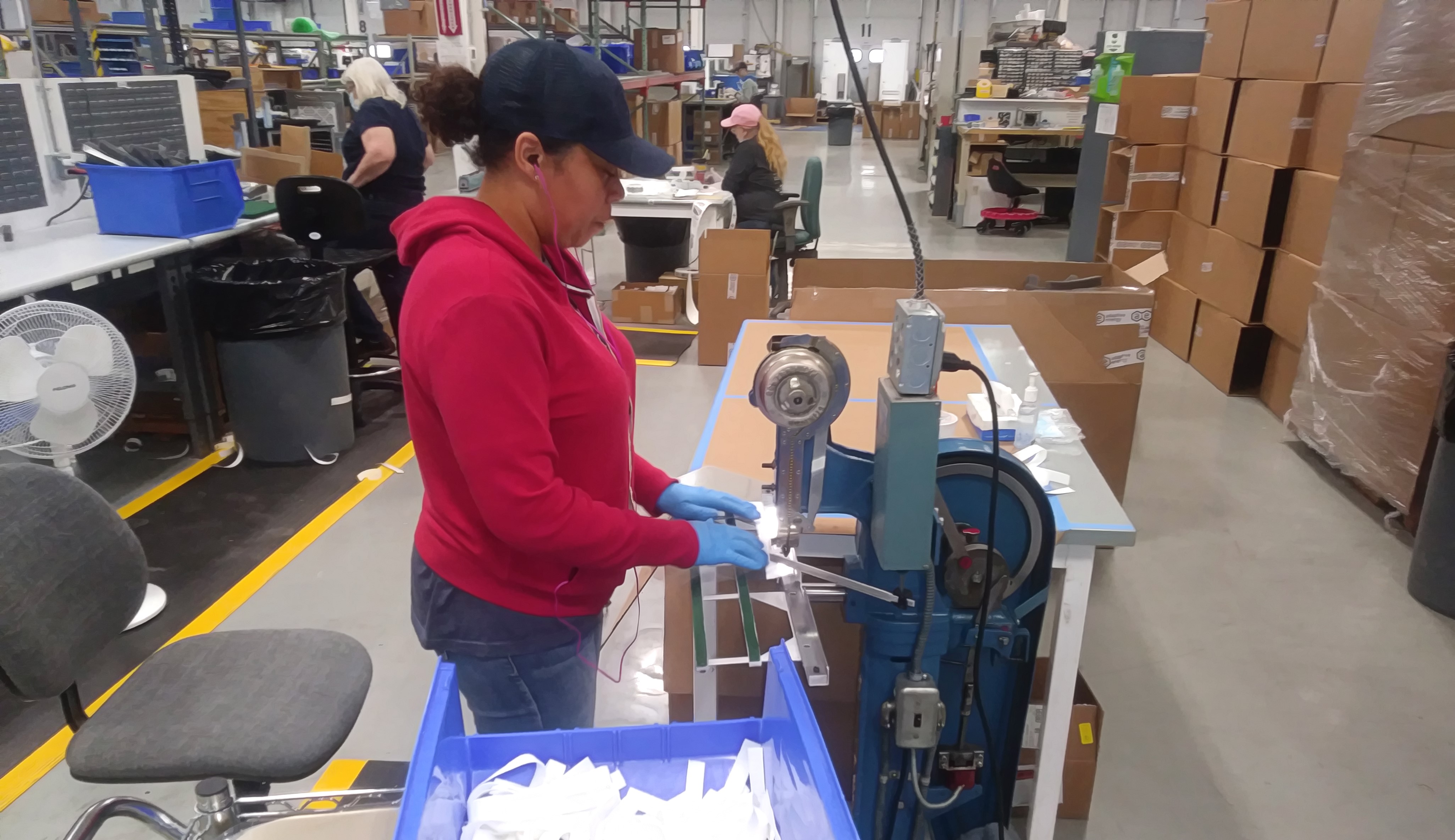 “We have a shovel ready project that can make these masks that would get FDA approval, but what we don’t have is a long-term contract and supply need to make a significant 7-figure investment to bring N-95 manufacturing to reality,” said Ranvir Gujral chairman of Adaptive Energy. “We’re here and able to do it, but we need the demand side to step up.”

While the challenges are real on both the supply and demand side, the roundtable provided a chance to seek direction towards solutions and hope as well.

There’s no debate that cost comparisons will always be an uphill battle. Asking legislators to forgo sales tax on all domestically produced PPE products, automate production, and finding cheaper delivery options is a start, but to compete based on costs is an uphill battle.

Instead, an emphasis on quality and being able to deliver exactly what the user needs might be a better competitive starting point. One way to do this is to get edification from third party beacons such as Stanford and UCSF through “small symbolic buys” which could show the end users that a pivot made by a previously unrelated technology company can manufacture top-notch products, said Todd Dickson, president of Lumenous which manufactures high-quality gowns.

The good news is that where there are challenges, there are also windows of opportunity to move fast and drive a lot of change.

Lance Hastings, president of the CMTA, believes that the need for PPE as a result of Covid-19 will likely last well into 2021.

“There’s a certain number of people suffering from pandemic fatigue that are done with Covid-19,” Hastings said. “We have to be the ones at the top of the mountains with the bugle horns sounding off that this is still very real.”

The C19 Coalition, which is regularly in contact with its partners, has been inspired and encouraged by the number of organizations of different sizes and interests trying to get the United States back on its feet.

“We can really invigorate the next generation of American manufacturers and bring online hundreds of thousands of net new jobs,” Wilson said. “By doing this, not only have we addressed industry-wide issues but systemic economic issues that are plaguing our country today.”

As a follow up to the webinar, the CMTA plans to create an “official recommendation document” to send to California Governor Newsom’s Administration via the Office of Emergency Services and the Governor’s Office of Business and Economic Development.

The C19 Coalition is a non-profit, cross-sector group of more than 20 organizations, companies, states, and philanthropists working to address PPE shortages across the country.