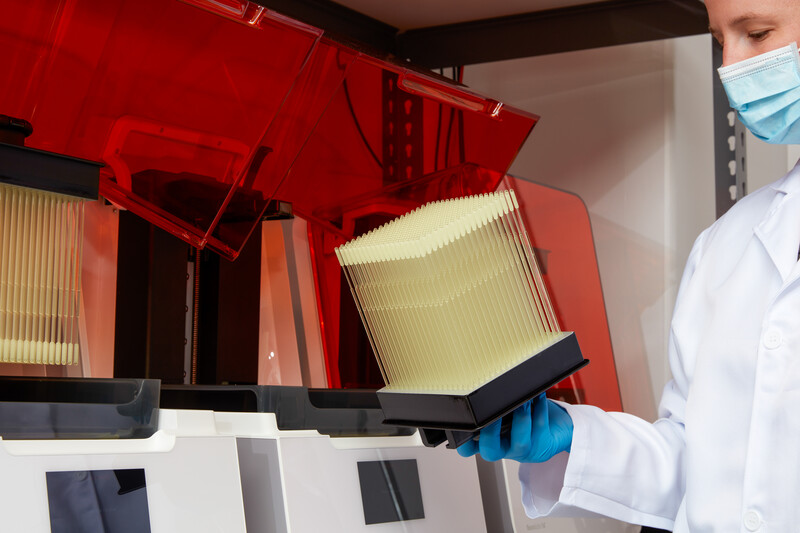 Sometimes the nail and hammer is just as important as the house it builds.

In the fight against COVID-19, a 3D printer can be just as vital as a mask fitter or nasal swab it produces.

Formlabs has proved this well.

“If you need a custom face mask fitter or nasal swabs, we can provide the instructions that the printers in homes, dental labs, and health care facilities can print out on the devices they already have”Diana Verdugo, Partnership and Community Lead for Formlabs

Headquartered in Somerville, Mass., the developer and manufacturer of 3D printers has a network of innovators to come up with a number of “recipes” that can be used on its more than 70,000 units around the world.

For the individual that just needs a few to supply an office or personal needs, they aren’t hamstrung by shipments that only come in large quantities. Thus, they can print what is needed.

“If you need a custom face mask fitter or nasal swabs, we can provide the instructions that the printers in homes, dental labs, and health care facilities can print out on the devices they already have,” said Diana Verdugo, Partnership and Community Lead for Formlabs. “By sharing these, we hope ultimately lives can be saved.”

Officially the 3D printer has been around since the 1980s, but has recently seen a rise in popularity as prices have come down and design software has improved. The devices work by printing objects layer-by-layer before being rinsed by a solvent and hardened with ultraviolet light. Typically the printers have been used for making jewelry, dental parts, or prototype designs for engineers and inventors. 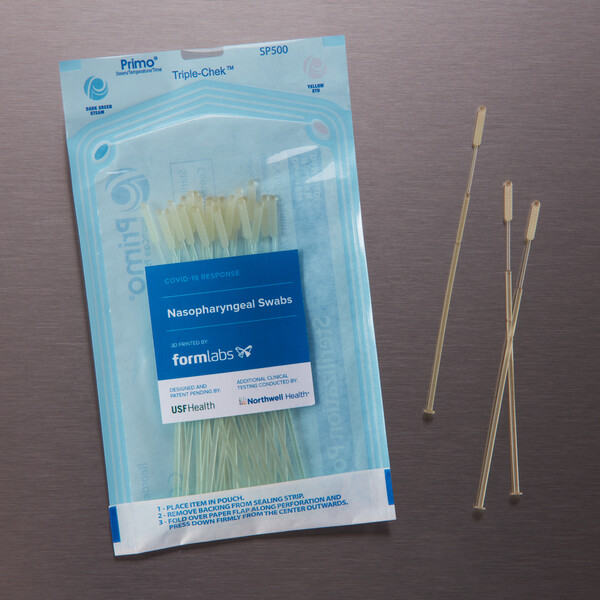 In March, Formlabs teamed up with the University of South Florida (USF) Health and Northwell Health, New York’s largest healthcare provider, to provide 3D printed nasal swabs which were used by hospitals and healthcare teams as testing increased. Northwell Health now is able to print as many as 3,000 swabs a day if needed.

“The speed and scale at which these swabs were designed, 3D printed, tested, and put into clinical use around the world represents a great example of the incredible impact that can be achieved when teams of experts across academia, healthcare, and the tech industry come together with a common purpose,” said Gaurav Manchanda, Healthcare Director of Formlabs.

At Yale, Dr. Luiz Maracaja, an anesthesiologist with an engineering background, designed a frame for a face shield where one side is open and can be connected to any compressed air. He printed it on his Formlabs printer at home, and has since provided several hundred of these masks to doctors and dentists.

For anyone with a 3D printer, Formlabs has created a community library that has “impactful solutions” that they can download for their printers. These items include Maracaja’s creation as well as face mask fitters and contactless door openers.

Instead of seeking profits, Maracaja hopes others follow suit and help anyway they can for the better good.

“I really hope that mankind can get back to normal,” said Maracaja, in a story that aired on Fox61 in Connecticut. “I don’t want any money out of this.”

As a partner of the C19 Coalition, Formlabs was one of the earliest companies to respond to the COVID-19 crisis.

“They have played an important role not only in responding to the needs of those impacted by the crisis, but also by empowering other companies to play critical roles through their open design process,” said Joe Wilson, co-founder of the C19 Coalition. “We are proud to have them as a partner.”

Presently Formlabs is seeking underserved and women communities who could benefit from 3D printing and education needs.

To find out more about its COVID-19 response, Formlabs has set up a special section of its site devoted to it.

The C19 Coalition is a non-profit, cross-sector group of organizations, companies, states, and philanthropists working to address PPE shortages across the country.